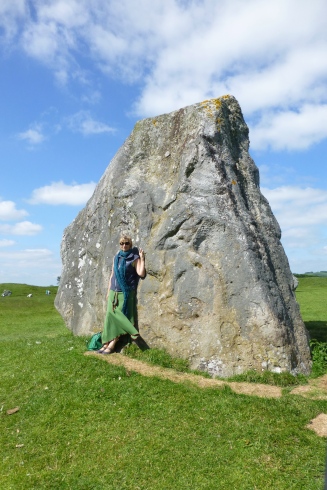 Absorbing the history in Avebury 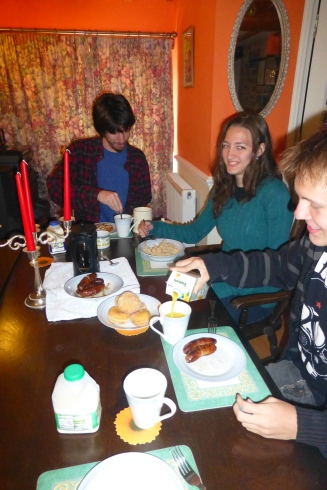 After a fantastic breakfast of sausages and doughnuts made by Jon and Anna, we head east today to see some ancient stones. 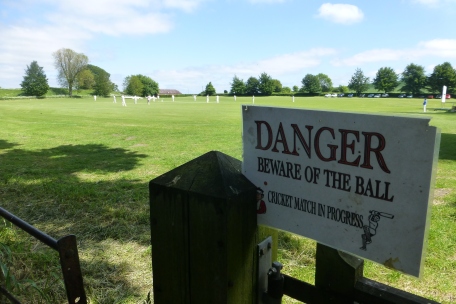 A cricket match in Avebury

It’s a gorgeous day, and we drive through some very cute towns (too busy driving left and passing bicycles on these narrow roads to even instruct the Navigator to take a photo) toward Stonehenge and Avebury. 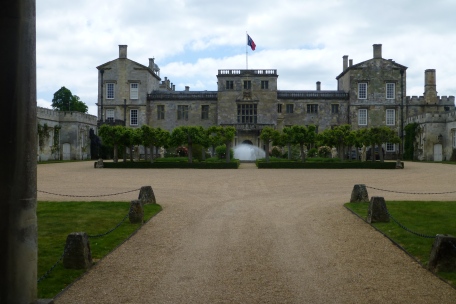 Wilton Hall, one of the places where they filmed Pride and Prejudice

On the way, we stop at Wilton House, a 17th century mansion where Pride and Prejudice was filmed. It’s expensive to go in, however, and so we content ourselves with peering though the gate to the fine exterior. 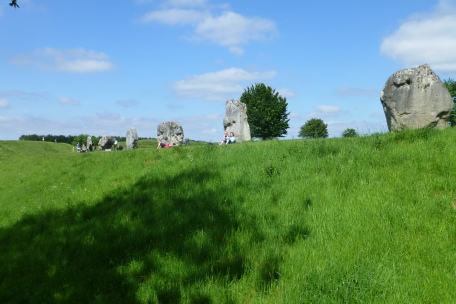 When we get to Stonehenge, there is a traffic jam of busses, cars, and all sorts of people in the street. It’s easily seen right off the road, so we do a drive-by and Anna doesn’t even want to stop and take a picture through the fence. Even when you pay the admission fee, you can’t get close to the stones. We’ve all seen photos of Stonehenge and you know, the actual thing looks just like those photos through the fence. Onward! 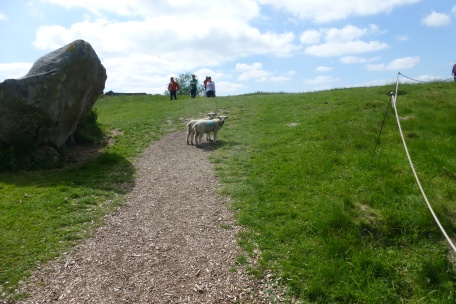 Sheep on the trail

Avebury is the Stonehenge that you can touch. A circle of huge stones 16 times the size of Stonehenge and built in 2800 BC, hundreds of years earlier line a 30 foot ditch (henge). There were once 600 stones in this huge circle, including a couple of temples in the middle. In the 14th century, the religiously paranoid locals buried these Pagan stones. In the 18th century some were dug up and used as building material. In modern times, more have been dug up and realigned to their believed original position. It takes about 45 minutes to walk all the way around, pausing to embrace these ancient sentinels and dodge the sheep on the trail. 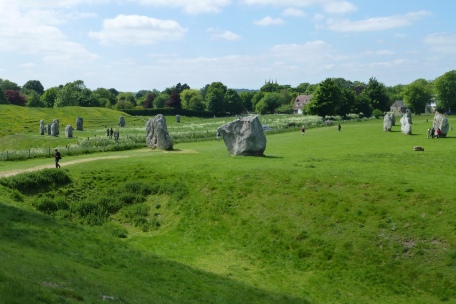 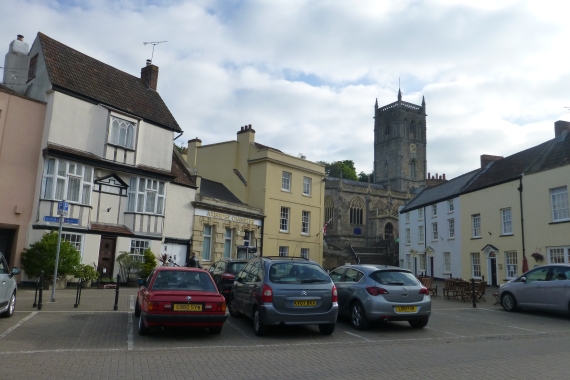 The other side of the square 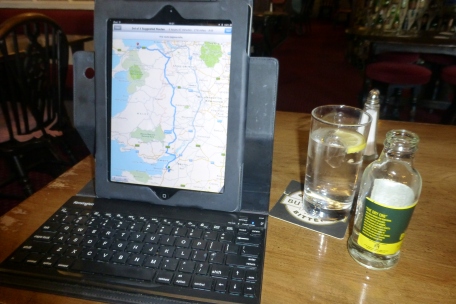 Which way to Wales?

After a nice lunch in the haunted Red Lion Pub, we head back to Axbridge. At Chedway, there is no internet, so I make my way down to The Lamb, have a nice drink, catch up on email and skype George, plot tomorrow’s route, and have a chat with Ray, the local character and the bartender who lives next door. 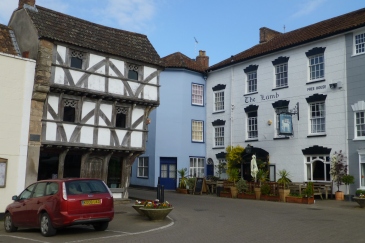 Axbridge main square with The Lamb on the right

Tomorrow we go to Wales.