Sarria. From here it is 100km to Santiago – this is the closest place you can begin a Camino and receive a compostela, or certificate. The town is crowded with albergues full of pilgrims and the road this morning is busy with new arrivals to the trail. After a relatively light day yesterday, I'm planning to walk 30km through the green hills of Galicia to reach Portomarin. The mountain range we just crossed creates a barrier for the ocean weather, so the Europeans compare the climate and landscape to Ireland, but for me it resembles the Oregon coast or maybe western Virginia. The predominant smell is cow poo, which is splattered all over the road and spread everywhere by the tractors that rumble by. Morgan is in Santiago today and will be heading to Finisterre tomorrow. I have a few more days to go. 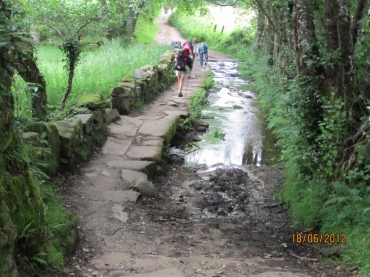 Today I'm reflecting on the people I've met these last few weeks. This has been the most surprising and unexpected aspect of the Camino for me. I don't know if a borderline introvert/extrovert like myself could have prepared for the number of fascinating people I have had the pleasure to meet. Sometimes it seems that I'm not even in Spain, but in a long, long tour bus full of pilgrims interacting with each other while looking out the window at the countryside. Unless you're doing a silent Camino, you will meet many people and have relationships lasting anywhere from five minutes to the length of your walk. It's delightful and I want to tell you about some (well, 50) people that I or Mary or Susie have met, either over coffee or a meal, walking on the trail, or sleeping in the bunk on top of me. What kind of people walk the Camino? Meet my 50 First Dates: (oh, and if you just want to skip the prose, there are more pics at the bottom) 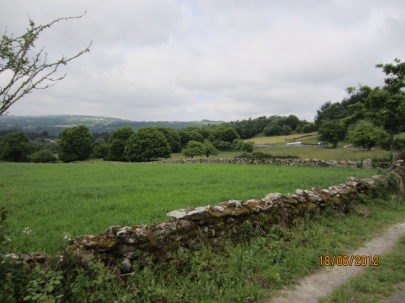 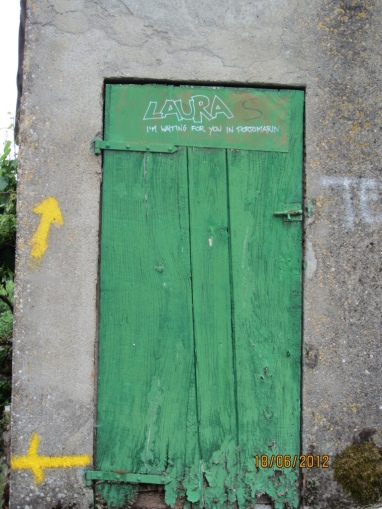 I do make it to Portomarin in record time and stay in a huge modern albergue with 150 beds in one room and a great view of the river below. Half of those beds filled with two busloads of pre-teens on a Camino tour. I don't know if this is good or bad. Lyn and Kathy are in the albergue next door and we enjoy salad, mussels, pulpo (octopus) and peppers for dinner. Hopefully, I'll catch up with Mary soon. Seems a couple of days ago she and Susie split up, so not sure where Susie is, since she has no phone. We're almost there! 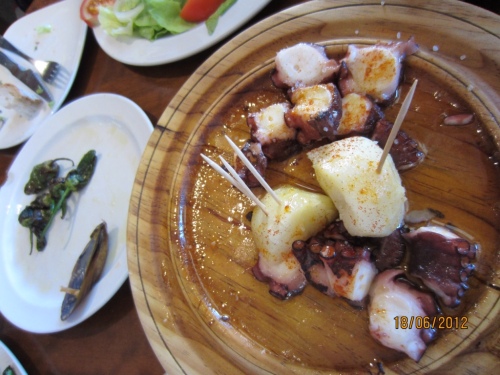